Slavery for the Life
2021, Created by: Antonin Jousse

A smartphone is placed on a rocky ground, its screen, always on, continuously displays a white text that the smartphone reads with a synthetic voice. The text endlessly tells the story of a lost person adrift in the first person. This text is generated by an artificial intelligence program from the novel "The Life and Strange Surprizing Adventures of Robinson Crusoe, Of York, Mariner" by Daniel Defoe.

This smartphone is alone, placed on the ground like a waste rejected by the sea. It is without activity, it lets the only words coming from its hard disk ramble like the hints of its memory, or that of another, perhaps the memory of its former owner. 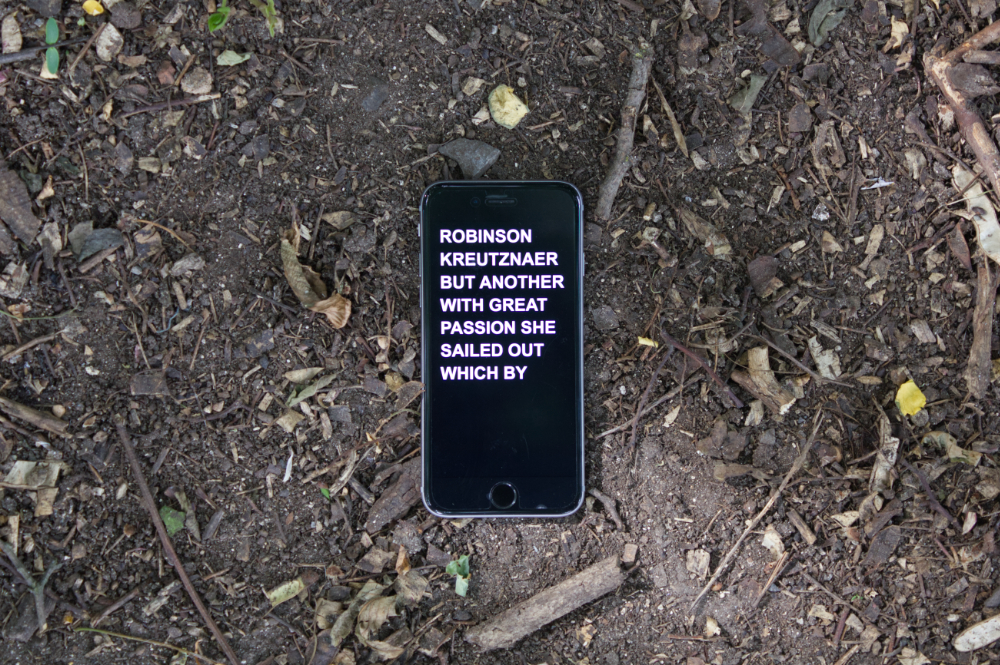